Got a tip?
Home » Home » Paul Hastings Is Sued For Spitting 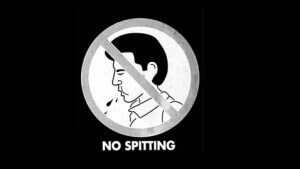 Should it be called “meta-ligation” when a lawyer sues another for how they were handling a case? This case about a case concerns a Paul Hastings partner, Allen Bloom, who when upset with opposing counsel Kenechukwu Okoli, allegedly got in his face with raised voice and pointed index finger. When Bloom accidentally spit a little bit while yelling into Okoli’s face, Okoli responded by slapping him. Amazingly enough, Okoli also slapped Paul Hasting with a law suit over the case, calling what he admits was accidental spitting “assault,” and calling the words Bloom muttered against Okoli in response to being slapped while leaving the courtroom — “uncivilized, ignorant, and incompetent” — as “slander.”

The original case in this case about case involved employment discrimination. The manner of the proceedings there will be the subject of the proceedings of Okoli’s suit in which he will be representing himself, seeking $1 million in damages — which Paul Hastings calls “unique and spurious,” and that it “should be quickly and definitively dismissed.”

Okoli’s complaints claimed that “things began to get tense between Bloom and Okoli,” when “all of a sudden and without warning,” Bloom rushed towards the Okoli “and began yelling at the top of his lungs and shaking is pointed index finger violently less than one foot from Okoli’s face.” While yelling, “spittle from Bloom’s wide open mouth hit Okoli’s face,” which Okoli admitted was accidental, but which nevertheless led him to “protect himself” by slapping Bloom.


So the trial is on trial. This case will consider whether Okoli’s questioning was “relevant and harassing,” whether he made the correct exhibits, whether Bloom made proper objections.

Paul Hastings, for their part, have said that accidental spittle is “not enough to plead assault; one must have a well grounded fear of imminent physical harm, not a well grounded fear of spittle.” And as for the muttered words Bloom made after being slapped, Paul Hastings said they don’t even appear in the court transcript, and even if they were made, that came in the “heat of the passion” which New York law might not consider slanderous.