Got a tip?
Home » Law Students » Half of JDs Don’t Make It 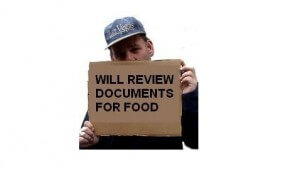 The latest data from the American Bar Association confirms the trend we are already familiar with: after nine months of graduation, only 55% of JDs are landing jobs in law. The Great Recession may be perking up, but not for lawyers. Though it makes a difference what school you study at, with 80 percent or more of grads landing jobs from the better schools — University of Virginia (95%), Columbia University (94%), Stanford University (91%) New York University (90%), and Harvard University (90%) stacked up against Whittier College (17%), University of the District of Columbia (21%), Golden Gate University (22%), Thomas Jefferson School of Law (27%) and Western New England University (30%) — nevertheless it is still a tough market all around, especially for students who didn’t make it into the highest universities.

Some deans are downplaying the situation. Penelope Bryan, dean of Whittier Law School in range County (17%), said that most firms are only hiring graduates on a contract or part-time basis, because of the economy. Dean Rudy Hasl wants to reframe exactly what a law degree is and does:

“You can’t measure the value of a law degree in terms of what your employment number was nine months after graduation,” she said, advising prospective students to regard a law degree as a long-term investment. (On a personal note, a Dean of English literature programs told me when I asked about what English Majors will do for a living, that they “could do just about anything” –including being a barista at Starbucks, I was to find out — and that “life is of much higher quality if you can understand and appreciate literature.”) “A law degree is something that allows you to move in so many directions,” Hasl concluded.


With the average debt of 2011 graduates from private law schools ranging about $125,000, according to ABA statistics, Brian Tamanaha, professor at the Washington University School of Law in St. Louis denounced the law school industry in his book “Failing Law Schools.” In it he said:

“The fact that only about 1 out of 2 graduates is getting a job as a lawyer is bad enough,” said Brian Tamanaha, Professor at the Washington University School of Law. “But the situation is worse than that. Many who do obtain jobs don’t earn enough to make their monthly payments on their debts.”

It is such frustration on the other side of a JD degree that has led the rash of alma-mater suits this year.