Got a tip?
Home » Legal News » Goldman Sachs Banks on What JPMorgan Won’t Touch with Chesapeake 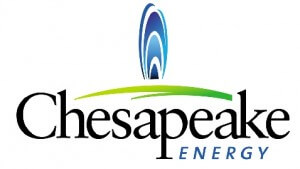 It’s usually head to head between JPMorgan Chase & Co. and Goldman Sachs Group, Inc., when they try to out vie each other for clients. That isn’t the case with Chesapeake Energy Corporation. Regarding Chesapeake, JPMorgan seems to be saying, “I’ll leave this one to you.” It isn’t exactly clear why.

Some anonymous commentators involved with the businesses said this might relate to Chesapeake’s shabby credit.

“It’s unusual to choose not to do any business with an organization that buys a lot of banking services,” said Douglas Elliot, a fellow in economic studies at the Brooking Institution. “If anything, there’s a tendency to be greedy and want the fees.”


While a big bank might like to reel in the extra fees involved with inconstant payments, JPMorgan seems to want no part. For more than a decade, they have declined business with both Chesapeake and its chief executive officer, Aubrey McClendon, 52.

Forbes called McClendon “America’s most reckless billionaire.” Sachs in 2008 had extended him credit against this wine collection — one of the biggest in the U.S. His $3 million project to build a 31,000-square-foot warehouse to keep his wine collection was cut short. He also recently lost his job as chairman for Chesapeake.

In 2008, JPMorgan executives determined that Chesapeake didn’t meet their standards of the five P’s of lending: people, payment, protection, purpose, and perspective, concluding the business was not creditworthy.


“Banking in many ways is still a trust business,” said Elliot. “Different people form their own opinion in different ways about who crosses the minimum threshold of trust and who doesn’t.”


“Chesapeake is a long-standing Goldman client and the company and its board recently turned to us for both advice and capital,” said Michael DuVally, Goldman Sachs spokesman. “We’re proud Chesapeake chose us and our involvement is consistent with our focus on helping our clients with their particular needs.”

Despite Sach’s seeming framing of the situation as if Chesapeake chose Sachs over JP, we must never less wonder if JP isn’t the classier outfit?