Got a tip?
Home » Legal News » The Costs and Advantages of The 3 Ways Obamacare Could Go 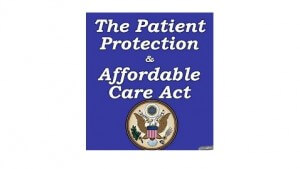 It could go three ways with Obamacare. When the Supreme Court makes its decision on the constitutionality of President Barack Obama’s health care law, the Affordable Care Act, they could affirm its legality, deny its legality, or affirm some parts of it while denying others. Each possibility comes with its own set of costs and benefits.

If Obamacare fails, the popular coverage under it that young adult children (up to age 26) would still be covered — but at the expense of higher taxes for the parents. UnitedHealth Group, the nations largest insurer, announced Monday it would keep its offer to cover adult children.

If Obamacare goes through, it could cost hundreds of dollars to the elderly, whose savings on drug costs would be suspended. However, those elderly effected by Medicare’s “donut hole” coverage gap could save to annual discounts of about $600, over if it fails.


If Obamacare is partially overturned, hospitals and other service providers would have to nevertheless pay some tax increases and cut spending while lacking the cost offset that the law would promise when more paying customers joined in. (The vision of Obamacare is to insure virtually everybody, as it would be mandatory to sign up for health insurance).

“At the end of the day, I don’t think any of the major players in the health insurance industry or the provider community really wants to see the whole thing overturned,” said Christian Ferguson, a healthy policy expert. “Even though this is not the most ideal solution, at least it is moving us forward and it does infuse some money into the system for coverage.”

If Obamacare sails clear, it will take effect in 2014 when a law will prohibit insurance companies from barring people with a “previously existing condition.” This, of course, would balloon costs, unless, as planned, virtually everybody joined the insurance pool.


The Supreme Court will announce later this month its decision on the matter.