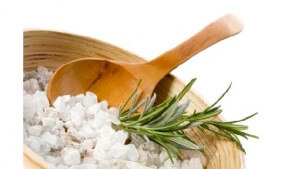 When memes like “bath salts” and “zombie apocalypse” get mixed up — and how couldn’t they with such over the top comic-book effects as the case of Rudy Eugene stripping naked and eating 75% of a homeless man’s face before being shot dead by Miami police! — this naturally leads to mass hysteria. What are these bath salts? What can they do?

As with all panics and panic attacks, we are recommended to hold tight, and wait. Even as state after state bans “bath salts,” and Congress gestures that they might ban such drugs whole-sale, it is important to remember that the spectacularly horrible effects of a bad trip on these salts isn’t confirmed, they haven’t been tested, and we don’t know all the facts.

Take the Eugene case. Certainly the 18-minute attack, in which Rudy assaulted, stripped, and then cannibalized a homeless man — the footage of which was caught by the ubiquitous surveillance cameras found in large cities — was graphic and alarming. But was Eugene high on “bath salts”? That’s just a hunch. The man was only known to take natural marijuana, and he was also reportedly known by family to be religiously focused, and was reported by friends to have been “fighting a personal demon.” The toxicology report hasn’t returned yet, and even if a “bath salt” was in his system, that does not indicate that the salt caused his behavior, but perhaps that it triggered a mental condition he already had.


“Bath salts” are so-called so as to duck the radar of the U.S.’s “Federal Analog Act,” which bars the sale of drugs whose effects resembles those of illegal drugs. Such drugs as bath salts are sold in gas stations and on the internet and are just recently being regulated and banned in many states.

The hysteria over them comes from very few but very alarming cases of amazingly violent drug trips, such as a case in Panama City, Florida, where a woman allegedly tried to behead her elderly mother, and another of a man on bath salts who tore up the back of a patrol car with his teeth.

While “bath salt” is a euphemism serving as a blanket term covering a wide variety of “designer drugs,” it often refers to such chemicals as methylenedioxpovalerone (MDPV), which are supposed to have effects similar to cocaine and methamphetamine, with side effects such as paranoia, hallucinations, and psychosis.


When the entire public is willing to blame a crime on a drug not even proven to be in a man’s system, this can only be a result of mass hysteria. In an age of science, if we are going to make laws that effect everybody, it is wisest to test the drugs scientifically and make appropriate laws to control them. Pushing for an immediate ban on a substance merely because it got associated with a media spectacle would be rash and unjust.