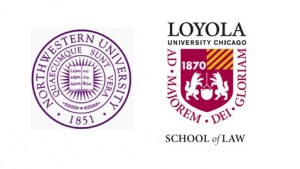 Northwestern University’s law school, one of the top in the nation, Loyola University in Chicago, and Hastings College of Law at the University of California have all either considered or taken actions towards reducing their class sizes in order to respond to the tough legal market. First-year employment has plummeted 7 percent for the 2011-12 year, and as it was at 87.6 percent in 2010 — the lowest rate since 1996 — this has lead to a crisis in Law Universities.

Hastings college has thus made plans to reduce its enrollment by 20 percent over the next three years. Northwestern, which was ranked No. 1 in Princeton’s Review rankings of best schools for career prospects, is also considering following that path. Dean Daniel Rodriguez said he is “taking a very close look at [whether] we are at the right size for the education program we have.” They graduated 300 JDs this year.


Loyola, which graduated 274, is also considering making “a modest shrink,” according to Dean David Yellen.

Of course, with fewer students the school makes less funds in tuition, meaning it would have to downgrade its staff and resort to fiercer fundraising programs. There is also a strain of opinion that students should be given what they want whether the market can bear it out or not. Said the Dean of John Marshall Law School John Corkery:

“People want to go to our school, and why should we say no? There are people who really want to go to law school because that is how they want to spend their lives.” Such a comment bypasses, of course, such statistics as those that show about half of JDs never work in the field of law.


Nevertheless, when even Northwestern is changing its program, though 93 percent of its students land a job within nine months, averaging $130,557 starting salary, this is a good barometer for where other schools might change their programs.