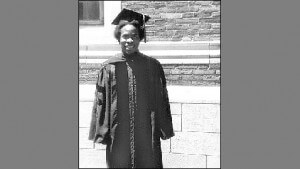 Our feelings can be harshest towards those who were closest to us, and years of bitterness don’t only character our relationship with parents and siblings, but sometimes our Alma Mater. This was certainly the case for U.S. Supreme Court Justice Clarence Thomas, who after years of bitterness towards Yale — he even affixed a 15-cent price sticker upon his 1984 Yale Law School diploma and put it in the basement — is turning around and reconciling with his school.

“I think this comes out of his own soul-searching,” said Yale law professor Akhil Amar who taught a class with Thomas during his December visit. “I think … he wants to feel right with himself. He wants to regain his sense of balance with Yale.”

One step towards reconciliation included his December appearance on Yale’s campus — the first time he ever returned. A second major step was Thomas’ agreement to serve as keynote speaker at a Yale Law School alumni dinner.


“I have to go over to the law school now,” he said to the Connecticut Law Tribune. “This is kind of a big deal. I was shamefully bitter towards a school that gave me an opportunity to finish up and do OK. And I’ve got to go over and do my mea culpas. I was juvenile, and that’s the way I feel about it.”

His bitter feelings were based in part on how he was treated after he graduated, when rumors claimed that he was only accepted because he was black, but not because of his merits. He said that a Yale degree “meant on thing for white graduates and another for blacks.”

His bitterness intensified with the Anita Hill scandal. Hill was another Yale graduate and gave testimony, which was ultimately dismissed, that Thomas had sexually harassed her when she worked under him.


“Hill-Thomas was civil war at Yale,” said Amar. “I think he felt his own institution turned against him.” The fiasco indeed complicated his already strained relationship to Yale, though he had already developed a strong relationship with Yale alumni John Danforth, who gave him his first job out of Yale and also helped Thomas be confirmed in 1991.

Now it seems Thomas is letting bygones be bygones and is moving towards an attitude of mature gratitude towards an institute that has helped him on his journey. Just as we all must reconcile with our parents, putting the bad in relation to the good and developing a healthy gratitude for what we’ve received, so do many graduates have to come to terms with their Alma Mater. Thomas is approaching this stage.