Got a tip?
Home » Home » Dewey’s Creditors Sell the Debt 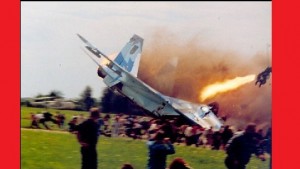 Dewey & LeBoeuf is still about 200 strong, but just as many of its top partners are moving on, so is its debt. Of the four banks whom Dewey owes $75 million, three of them — Citi Private Bank, Bank of America, and HSBC — have sold their debt to private lenders, an unprecedented move. Dewey’s bond debt of $125 million in 2010 had also been sold. The remaining fourth bank, J.P. Morgan Chase, filed a lien on the debt, a routine step in anticipation to bankruptcy.

And Dewey is expected to declare bankruptcy. The Wall Street Journal and Reuters reported last Friday that bankruptcy was immanent for Dewey over the next few weeks whether they want it or not, for if they decline to declare it, they may nevertheless be forced to by their creditors.

William Brandt, who has been advising Dewey on finances, noted that he had never seen a financial institute sell its debt in such a situation. “The debt here is worth trading,” he claimed. He also believes Dewey has enough resources to maintain its operations. There are less than 20 partners working in the U.S.


“The quickest way to say this with some diplomacy is that the environment at Dewey is changing on an hourly basis,” said Brandt. “As the debt began to trade substantially … there were different strategies the new lenders wanted to adapt.” He said this in regard to the changes Dewey had to make regarding the work Brandt did with his firm to give damage control to the drawn out death Dewey seems to be facing. And though he thinks the firm has “plenty of” funding to keep Dewey afloat, he did note that the firm has “hundreds of millions” of dollars in unpaid bills.

Can Dewey avoid what seems to be certain destruction? The next few weeks will answer this question.