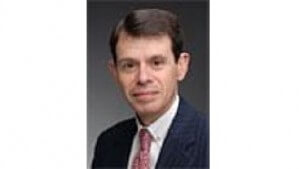 Martin Weisberg, who has been indicted on a smorgasbord of charges, has pleaded guilt to two counts brought against him: money laundering and conspiracy to commit securities fraud.

The former New York partner of Baker & McKenzie has faced similar charges before, such as when he managed to evade unscathed from 1991 charges of trading in a Ponzi scheme.

Despite his attempts to challenge all the charges — he tried to have the money laundering count thrown out and contended that the 10 wire fraud counts were on an improper venue — he has hankered down and admitted his faults.


“I deeply regret this action on my part,” he read from a statement. “My actions were wrong and in violation of the law and again I deeply regret my actions.”

He is speaking specifically of when he told three clients, including SIAM capital management, Regenmacher Holdings Limited, and JMV Fixed Income Arbitrage Performance Partners that he would put $30 million in an escrow account that would earn no interest when in fact he put it in an account that earned him $1.6 million in interest.


He was also indicted with giving discounted shares in Xybernaut Corporation and Ramp Corporation to two Israeli investors, Zev Saltsman and Menacham Eitan.

He could face up to 10 years in prison for money laundering and 5 for the security fraud conspiracy charge. Part of his pleading of guilt is contingent on him getting less than 97 months of prison.