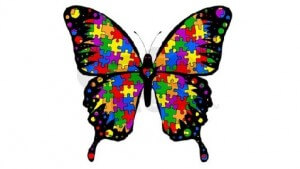 It’s rare, but it does happen; once in a while a debtor manages to convince the court to dismiss his or her because of the “undue burden” standard. Yet Carol Todd, 63, managed to do just that when she convinced the U.S. Bankruptcy Court for the District of Maryland on May 17 that her debt to the University of Baltimore School of Law constituted an “undue burden,” and her debt of $339,361 dollars, was forgiven.

She had studied at the University of Baltimore School of Law in 1992 but dropped out. She gained her Ph.D. from an unaccredited online university in 2007.

“[T]o expect Ms. Todd to ever break the grip of Autism and meaningfully channel her energies towards tasks that are not in some way either dictated, or circumscribed, by the demands of her disorder would be to dream the impossible dream,” said U.S. Bankruptcy Judge Robert Gordon.


During the trial, Todd broke down and wept when faced with “seemingly innocuous questions,” and “folded into a fearful shell,” with little provocation.

Student loans must be repaid under federal bankruptcy, requiring meeting a rigorous proof that the “undue burden” justifies negating the debt.

“You hardly find a student loan debt case where the debts are discharged,” said Frank Turny, who represented Todd. “This situation had a client who had some serious disabilities.”