Got a tip?
Home » Breaking News » General Mattis and Obama Differ in Whom they Regard Our Major Military Threat to Now Be: Iran or China 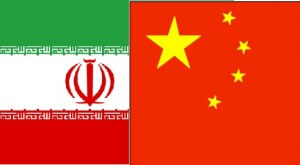 It seems military intelligence is going in two directions, with Gen James Mattis eager to put a third carrier group in the Gulf to intimidate Iran while Obama commandeered that carrier instead to the Pacific Ocean to buffet threats from China. Mattis, whose military jurisdiction include all of the Middle East, except Israel, has named his top three military concerns in the Middle East: “Iran, Iran, and Iran,” whereas Obama wants to intensify our Pacific Ocean presence to cap threats from China.

We have only 11 carrier groups, one that is due to be disbanded this year; commissioned in the middle East are the USS Abraham Lincoln and the USS Enterprise, which are responding to Iran’s threat to close the Persian Gulf and responding to Iranian politician’s public boasts that they would sink American ships.

Mattis is no warmonger. Known by fans as the “warrior monk” and by enemies as “Mad Dog Mattis,” his military opinions are reflected by America’s Arab allies and Israel, if not the U.S. Government.


Regarding Mattis, George Little, a spokesman for Defense Secretary Leon Panetta characterize him as a commander of “outstanding manner and with great skill,” adding that “the Secretary trusts his judgment implicitly on some of the most pressing security and military challenges of our time, including the war in Afghanistan. General Mattis is seasoned, studied, and the consummate warrior. He is also among the best of advisers, candid and honest, and always in keeping with–and in full support of — our national interests. He’s one of America’s finest military leaders.”

One senior U.S. defense official concurred that in disputing Obama’s view on Iran, “He’s dong exactly what we need any combatant commander to do: telling us what he thinks he needs, giving us his perspective on the problems he faces. That’s what you want. That’s what you expect. And he does it all privately, with all the more credibility. There isn’t a single other leader in government who doesn’t share some concern over the direction Iran is headed.”