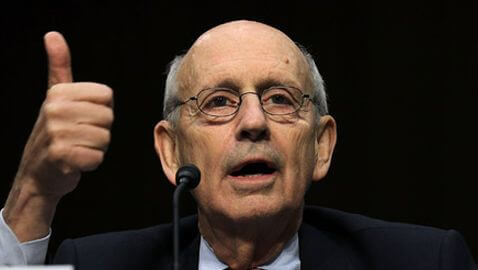 Stephen Breyer, a U.S. Supreme Court Justice, was burglarized at his home in Washington, according to a court spokeswoman this week. Breyer was attached in February at his Caribbean vacation residence by an assailant armed with a machete. The spokeswoman, Kathy Arberg, said that there was no one at the home when the burglary occurred, which was found on May 4 by one of the housekeepers. Police in Washington, D.C. are investigating the crime.

Breyer, along with his wife, Joanna, own a townhome in the upscale Washington neighborhood of Georgetown. The Caribbean theft took place on the island of Nevis and $1,000 was stolen from Breyer but no one was injured. During the robbery, Breyer, his wife and two of their guests were present.

Justice Ruth Bader Ginsburg was the victim of a purse snatching in 1996 when she was walking home with her husband and her daughter. The family was returning from the John F. Kennedy Center for the Performing Arts to their residence at the Watergate apartment complex. No one in the family was injured during the incident.