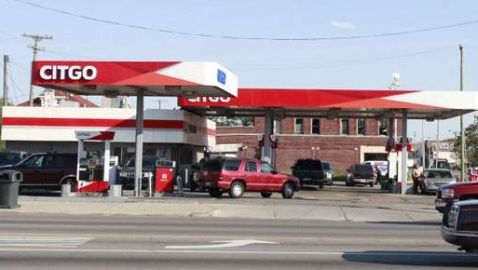 On Wednesday afternoon, a group of young attackers beat and carjacked a well-known and prominent pastor and gospel recording artist from Detroit. Police in Detroit do not believe that the group knew who they targeted in the attack. The victim of the attack was Reverend Marvin Winans, who had bumps, scrapes and ripped pants after the attack at a gas station located in northwest Detroit.

There were three to four men involved in the attack and they took off with Winans Louis Vuitton wallet, which had $200 in it, and his $15,000 Rolex watch. The watch is encrusted with diamonds and gold. Also taken in the attack was Winans 2012 Infiniti QX56 SUV he had with him at the gas station. Winans refused transport to a hospital by paramedics because he had a friend take him to receive medical treatment. In February, Winans delivered a eulogy at the funeral of Whitney Houston.


Winans told the police that he was in the middle of pumping gas at a local Citgo station located on Davison and Linwood when he was approached by a young male. According to Detroit police inspector Nick Kyriacou said that the young man “engaged him in conversation about the music he had on the radio.”

According to the police report, the male told Winans that gas was leaking from his gas tank. When Winans turned to look at his vehicle he was sucker-punched by the young man from behind and was then pushed to the ground. Then “three or four men punched and kicked him on the pavement,” Kyriacou said.

“Somebody said, ‘Roll him over,’ and they got his wallet,” Kyriacou said.


Kyriacou said that close to 10 young males ranging in age from 18 to20 were at the station when Winans paid for his gas and they reportedly followed him to his vehicle. Winans was able to describe the male who talked with him about the music as being 5 feet 4 in his late teens. He was wearing a white T-shirt and dark jeans.

Winans is the pastor for Perfecting Church, which has over 3,000 members and a 4,500 seat sanctuary under construction at Woodward and 7 Mile in Detroit.


“I am shocked, but I’m not shocked that something like this happened at this location,” said the Rev. James Garrett, pastor of Christ Temple Apostolic Faith Church in southwest Detroit. Garrett does not live far from the gas station and drove there after he heard of the attack.