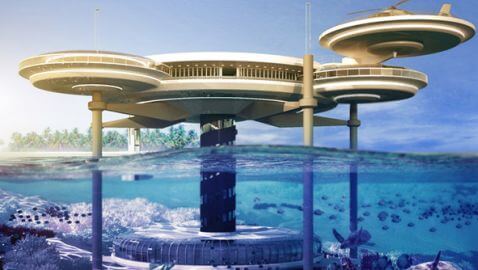 Drydocks World, a construction company headquartered in Dubai, and BIG InvestConsult, are planning to construct the Water Discus Hotel. It will be a luxury underwater hotel in Dubai. The hotel was designed by Deep Ocean Technology from Poland. The hotel will be surrounded by a coral reef, it will feature 21 two-person rooms with large windows and an underwater diving center. The rooms will measure at 10 meters below the surface of the water and dive training will be offered to the guests. Another incredible feature of the hotel is that it will be able to rotate. Above the water there will be a disc-shaped structure that will feature a garden, a spa and a swimming pool on an upper-terrace.

The design work began two years ago by architect Pawel Podwojewski, who claims he approached the design by imagining it more as a ship than as a building. He also kept the costs of construction low by not anchoring the hotel to the ocean floor. The hotel can reach the surface of the water within 15 minutes to 12 hours for evacuation or repairs. The speed of the surfacing can be adjusted as needed. The hotel can also be transported to new locations via tugboats.


Water Discus Hotel could become the first underwater hotel in the world to succeed. The first underwater hotel though of was Hydropolis in 2006. That hotel would have been able to accommodate people in 250-300 resorts off the coast of Jumeirah Beach in Dubai. That project would have cost close to $300 million and it never began. Another underwater hotel, from U.S. Submarine Structures, is the Poseidon Undersea Resort in Fiji. You can stay there for seven days and six nights at $15,000 per person. The construction has begun on Poseidon but is still not scheduled to open for at least another 20 months, according to chief executive L. Bruce Jones.

The cost of the project for Water Discus Hotel will range from $50 million to $120 million and it all depends on the design, according to Drydocks World. The project will be funded by BIG InvestConsult and will also represent Deep Ocean Technology, which has the technology and concept to build the hotel. In the Middle East, Drydocks World and Maritime World are the two main companies building new hotels and floating cities. The companies are responsible for five hotels and are in talks to construct more underwater hotels across the globe in the coming years. 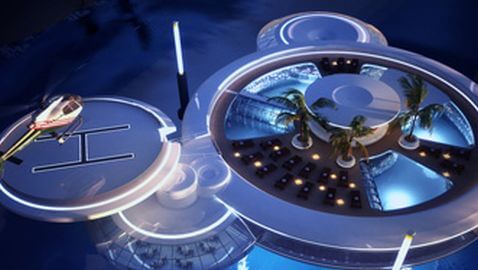