Got a tip?
Home » Legal News » After 20 Years of Raising Kidnapped Kid, Woman Pleads Guilty and Will soon be Sentenced 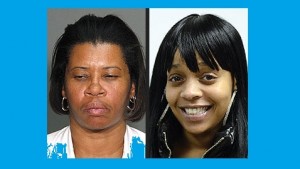 Ann Pettway, who plead guilty to kidnapping a week old infant from Harlem Hospital in 1987, will have her sentence delayed until July 6. After initially pleading not guilty in 2011 she has now plead guilty.

“I raised her as my own, and I knew it was wrong.”

Pettway snatched the child after years of miscarriages. “Ann Pettway preyed on me,” said Joy White, whose child was taken. Joy had brought the child in to the emergency room to be treated for fever, but when she went home to rest and returned, the child was missing.


The revelation that she had been kidnapped came from Carlina White herself who said she always had a suspicion she didn’t quite belong in her family. As Ann had tried many times unsuccessfully to forge a birth certificate, this also gave a strong indication to Carlina that something was amiss. When she identified herself in one of the pictures on the missing children website, she looked up her birth mother and was reunited in 2011.

Ann turned herself into the FBI in January of 2011, according to FBI spokesman William Reiner.

Pettway faces a maximum of life in prison. The 51-year-old is more likely to face somewhere between 10 and 12 1/2 years in prison. The judge will sentence in her July.