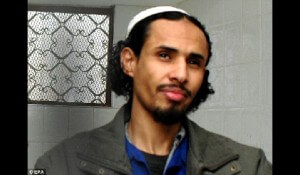 Al Quso was on the FBI’s most wanted. He was indicted by a federal grand jury in 2003 for 50 counts of Terrorism. His nefarious deeds include the 2000 bombing of the USS Cole in Yemen, which killed 17 U.S. sailors and wounded 39 more.

“Al-Qaeda has been greatly weakened over the last two months and we expect them to evacuate strategic positions over the next two weeks,” said an anonymous senior official in Abyan.


The change in Yemen’s relation to the al-Qaeda members who are seeking refuge for their operations in Yemen borders has been incited by Yemen’s new president, who is seeking to end the insurgent scourge.

“Our fight against al Qaeda will continue until the displaced citizens can return safely to their homes and terrorists operatives surrender and lay their arms,” said the newly elected President Abdu Rabu Mansour Hadi.

Al Quso was taken out only after a long surveillance operation by the CIA and U.S. military, accompanied by a $5 million reward put up by the FBI for information regarding his capture. Al Quso was killed in Rafd, a mountain valley in Shabwa. Al Quso died at age 37, but began his terrorist career after studying ultra-conservative Salafi Islam in Yemen as a teenager.

Fagen Friedman & Fulfrost LLP, an education law firm, has an immediate opening for an entry to mid-l...

Fagen Friedman & Fulfrost LLP, an education law firm, has an immediate opening for a Lateral Associa...

Fagen Friedman & Fulfrost LLP, an education law firm, has an immediate opening for a Special Educati...