Got a tip?
Home » Breaking News » Are Rape Complaints Being Mishandled at the University of Montana? 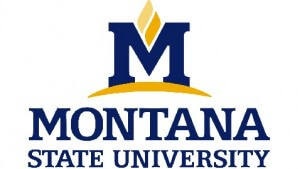 After a University of Montana student was allegedly gang-raped and drugged, Montana Supreme Court Justice Diana Barz was called in to investigate. After looking over the nine alleged rape cases from September through December 2010 she concluded that the university has “a problem of sexual assault on and off campus.” This has lead to a federal investigation that sexual assault and rape complaints are being brushed under the rug by the police based on gender bias and perhaps football player sympathies.

Assistant Attorney General Thomas Perez who is part of the Justice Department’s Civil Rights Division said Tuesday, “Our focus is on systemic issues; that is, do the university and the law enforcement have the necessary policies and practices in place to protect women in a comprehensive and integrated manner?”

The problem is at that at least 11 alleged sexual assaults have been reported in the last 18 months, 2 of which concern football players for the University of Montana’s Grizzlies football team.


“As to the university,” said Perez, “we are investigating whether it responds promptly and effectively to allegations of sexual assault and harassment on campus and has taken the necessary steps to combat sexual violence.”

John Engen, the mayor said, “If Justice has enough information that it believes an investigation is warranted, I’m not going to question that. Clearly they have a responsibility to act on whatever complaints they are hearing. I think time will tell whether this was the right call or not.”