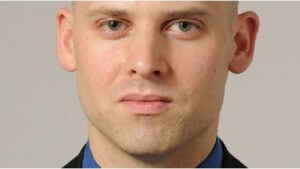 Justin Kuehn says his creditors are trying to mess with him. The law school graduate, 29, was suspicious when his student loans — he has four — were “reduced.” Instead of charging $845.72 a month, as he was used to having debited from his account, they were asking only $539.27 a month on the premise that they had lowered his interest rates. But they hadn’t. Not much anyway. They were scheming to decrease how much he was paying towards his principle so as to increase how much they were collecting on interest.

Kuehn graduated from George Washington University Law School in 2007, and has since been paying extra towards his principle. He did not like his creditors, Citibank, Discover, and Discover’s subsidiary, The Student Loan Corporation, changing his contract without his permission. What’s worse, when he tried to call Discover to straighten matters out, he had to be patient as a saint with their automated voice service, before he finally talked with Discover representatives who had no clue as to what they were talking about. They offered conflicting reasons why the terms of his loan had been changed and were unable or unwilling to adjust his payments to the way they were before.

“They claimed it was due to an interest rate reduction but I knew that, just by the amount of that drop, that couldn’t be correct,” said Kuehn.


With the help of I. Stephen Rabin, who works with Rabin & Peckel, Kuehn has drafted a complaint, saying that the defendants are “engaged in a scheme to collect additional interest at the expense of borrowers of student loans.”

“Defendants are engaged in a scheme to collect additional interest at the expense of borrowers of student loans,” says the complaint. “Defendants are deceiving borrowers into believing that their monthly payments have been reduced because of an interest rate reduction, when in fact, the vast majority of the payment reduction is attributable to a reduction in the amount of principle being repaid each month. The end result is an extension of the loan’s repayment term causing thousands of dollars in additional interest to be paid by student loan borrowers over the life of their loans.”

“The interest rate misrepresentation is false, deceptive, and misleading because it masks from the borrowers the true reason for the drop in the monthly payment amount — a massive decline in the amount of the loan’s principle being repaid each month.


“In January 2012, the interest rate for the Consolidated Private Student Loan was only reduced 0.5 percent, from 9.55 percent to 9.05 percent According to plaintiff’s January 2012 statement from SLC, the total current balance of the Consolidated Private Student Loan at the time was $64,791.19. The ‘new interest rate’ does not account for plaintiffs monthly payment decline of over $300 per month.”

If it takes a law student to unmask the chicanery of Discover, what sore shape other students with student loans are in!