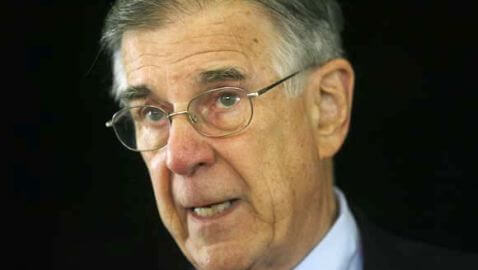 According to a congressman from California, a debt collection company should be investigated by federal authorities for trying to obtain money that was owed by patients in U.S. hospitals. The senior Democrat from the subcommittee that oversees Medicare, Representative Pete Stark, has requested that two health care agencies investigate the practices of Accretive Health. Accretive Health is a debt collecting company that works with dozens of hospital across the country. It had been reported that the company sends its employees into hospitals to pressure people who owe them money.

“The debt collection tactics apparently being used by Accretive Health to get money from patients waiting to be seen by an ER doctor or recuperating in a hospital bed are abominable,” Stark said. “This is corporate greed at its worst,” he said.


“The article outlines abusive debt collection tactics undertaken by a hospital contractor; tactics that may be in violation of several federal laws,” Stark wrote in a letter this week sent to Marilyn Tavenner. Tavenner is the acting administrator for the Centers for Medicare and Medicaid Services. The letter was also sent to Daniel Levinson, who is the inspector general for the Department of Health and Human Service.

It was also reported that some hospitals hire Accretive Health directly. Those hospitals then allow the company to send its debt collectors into the hospitals for registering new patients, handling billing and scheduling appointments. It has also been reported that some patients were asked to pay upfront for emergency care. According to federal law, emergency rooms must treat patients no matter their ability to pay or not.

In 2010, hospitals were left with $39.3 billion in unpaid bills, which accounted for 5.6 percent of total expenses for those hospitals. This data was released by the American Hospital Association. Lori Swanson, the Minnesota attorney general, has also scrutinized Accretive Health and two of its clients, Fairview Health Services and North Memorial Health Care. Accretive Health was sued by Swanson in January after an employee from the company left a laptop that contained the sensitive information of close to 23,500 patients in a rented car.