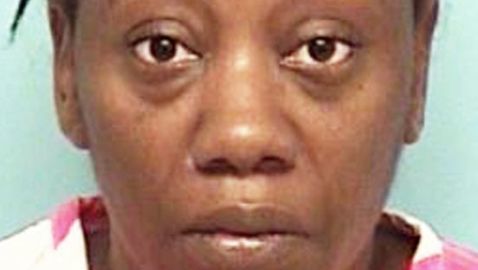 Verna McClain, a nurse, has been charged with capital murder after killing a 28-year-old woman named Kala Marie Golden. Witnesses claim that they saw McClain shoot Golden multiple times on Tuesday in a town close to Houston, Texas. The shooting occurred in the parking lot of a pediatric center in the town of Spring. McClain left the scene with the 3-day-old son of Golden, named Keegan, claiming she was going to adopt him. Keegan was found later Tuesday in a home with the sister of McClain. McClain is being held without bail.

Police officers found Keegan with Corina Jackson, McClainâ€™s sister. Jackson informed authorities that McClain said Jackson would have to do the adoption, according to officers. As Golden left Northwoods Pediatric Center in Spring, Texas, witnesses claim that she got into an argument with another woman. Witnesses say that the woman shot Golden and took Keegan, fleeing the scene in a Lexus. Golden reportedly leaned into the vehicle and screamed â€˜My baby!â€™


Brett Ligon, the Montgomery County District Attorney, said that statements made by McClain to authorities show that she shot the mother as one step in a plan to kidnap a child. She also said that Golden was in the wrong place at the wrong time.

“There were statements as indicated in the arrest record that were made by Ms. McClain that led us to believe that, in fact, this was an intentional act on her part,” Ligon said. “Not that Ms. Golden was targeted specifically, but that this was part of a plan to kidnap a child.”

Ligon also did not discuss a possible male suspect who witnesses claim they saw in the Lexus as well. The authorities on the case believe that McClain was acting alone. Keegan is being cared for by Child Protective Service officials and is expected to be reunited with his father very soon.


The father, Keith Schuchardt, said that he and Golden have been married for three years. Schuchardt found out about the shooting because Golden asked a witness to call him and inform him of what happened as she died.

“I loved her, and she loved me,” Schuchardt said. “Everything was going fine until today.”


Linda Golden, the victimâ€™s mother, said that she was babysitting another son of Golden when a witness called her from her daughterâ€™s cellphone from the scene.

“I wanted to kiss her before they put her in the ambulance,” Linda Golden said. “That’s the hardest she’s ever fought. She died trying to save her baby.”