Got a tip?
Home » Home » Chevron Sued for $11 Billion Over Oil Spill in Brazil 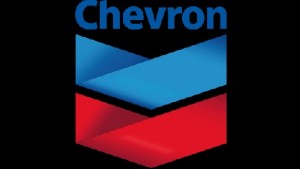 In the largest environmental suit of Brazil’s history, seventeen oil company executives from Chevron Corp. and Transocean Ltd. have been charged Wednesday regarding an offshore oil leak that has seeped 110,000 gallons, so far. The case, which has been moved to the city of Rio de Janeiro, is seeking $11 billion in damages and could mean jail time for the 11 men.

As Chevron describes the incident, they were drilling well off the coast of Rio de Janeiro in November, and miscalculated how much pressure was in the oil reserve, resulting in a leak that became apparent when an oil slick became visible on the ocean surface. They claim the risks they took “were reasonable.” They are also calling the charges “outrageous,” considering that their spill is 0.1 per cent of the 4.9-million-spill of BP in the Gulf of Mexico in 2010, and further, there has hardly been any damage. They say the charges are “not consistent with the facts of the incident and there have been no coastal or wildlife impacts.”

This nonchalant attitude is exactly what federal prosecutor Eduardo Santos de Oliveira hopes to redress. “We need to change the parameters” of the legal system, Oliveira said, “If companies don’t listen to millions, we have to ask for billions.”


He is charging the oil companies, saying that the “Reckless operation that led to the environmental damage was planned or approved by all. They knew they were drilling in a high-pressure area and that the walls of the well could not withstand pressure.”

Oliveira, 47, is a heavy hitter in Brazil, winning a conviction against the powerful politician Antony Garotinho for corruption and armed racketeering; against Petrobras for their oil spill, winning millions in 2001; and against a paper industry firm, in 2003, that dumped toxic waste into a river that provided drinking water for millions of people. In each case however, the convicted companies did not serve the jail time-sentenced, or did not pay all their fees, and, through the notoriously exploitable appeals system of Brazil, whose constitution was drafted in 1988, dodged paying for their actions.

Frustrated, Oliveira is working to make this case go right. “Our previous efforts succeed on paper but nobody has been punished,” he sad. “I want to do better than that.”


Meanwhile, Brazilian officials are concerned that lashing big oil companies will weaken world interest in the recently discovered off shore oil reserves, which may hold as much as 50 billion barrels of oil, enough to make Brazil a leading oil-providing nation.

“If you start locking up executives, people back in other oil companies like Shell, BP, ENI, and anyone else with a concession Brazil will notice and become wary,” said Eric Smith, an offshore oil expert from the Tulane University in New Orleans.


With so many interested parties, and with a legal system that leaves room for numerous appeals, this case will be long, drawn-out, difficult, and painful.