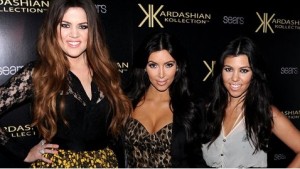 Kim Kardashian, of reality television fame, and two of her sisters are facing a $5 million lawsuit, filed Thursday, regarding their endorsement of QuickTrim diet pills. The reality TV star, who gained her initial popularity by starring in a 2007 sex tape, has claimed, along with her sisters, to have lost over 15 pounds on the pills. The plaintiffs, who come from New York, California, and Florida, say that the Kardashian endorsements are what swayed them to trust their health to the pills.

But the pills are little more than caffeine pills, with a mix of herbal ingredients that have no scientific evidence supporting their efficacy in weight management. Their lawyers have said that there was “no competent and reliable scientific evidence supporting any of these claims” to the efficacy of the pills. Further, the claims of the sisters that they lost their weight using just the pills are accused of being, “false, misleading, and unsubstantiated.” The sisters, Khloe and Kourtney, had claimed to have lost their weight using only QuickTrim.

Kim Kardashian earned over $6 million in 2010 for her roles in TV shows, and the spin off products and endorsements she’s marketed from clothing lines to fitness and beauty products.


This isn’t the first time the Kardashians have been taken to court over dubious product endorsements. In 2011, they narrowly escaped a $75 million lawsuit regarding their endorsement of a debit card, the “Kardashian Kard,” which was accused of charging exorbitant consumer fees.

The plaintiffs are represented by Bursor & Fisher, and the case was filed in a New York federal court.

Update: See the complaint filed against the Kardashians here.