Got a tip?
Home » Home » Indiana and India Law Schools Partner Up for Global Minded J.D.s 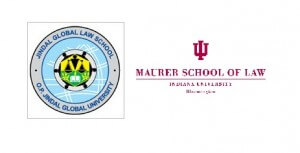 Indiana University Maurer School of Law in Bloomington, Indiana, is offering an unprecedented program in line with worldwide trends of globalization: you can now earn a J.D. From the Maurer school and an LL.B from Jindal Global Law School, India. In a program of four years and a summer, students can gain both degrees, making them more coveted by law firms that do business with India.

“Law schools like Columbia, Cornell and NYU have law degree programs with partner institutions in other countries,” said the dean of Jindal Law, C. Raj Kumar. “However, the partnership with Indiana Law is the first time an Indian law school and a U.S. law school have worked together in this fashion. This is a unique initiative that underscores the importance of globalization of legal education and the legal profession.”

The partnership, which was announced February 20, is the first of its kind in India. The schools have already worked together in a bilateral student exchange program, the sponsoring of conferences in and by both schools, and the offering of internships to American students in Indian corporations. The two schools formed their affiliation in November of 2010, but the new program was officiated in a signing ceremony on Feb 19, 2012, when Joseph L. Hoffman, Harry Pratter Professor of Law, delivered a public lecture on the Indian campus.


“As the world’s largest democracy, India is playing an increasingly important role in global commerce,” said Jayanth Krishnan, director of the India Initiative at Indiana. Indeed, the emphasis on globalization, not only in the perspective of students and faculty, but also in living experience, is the direction higher education is taking. With most of the world’s largest corporations having an international presence, and with tightening and solidifying forms of “world law,” having such global experience may be the trait of distinction for upcoming J.D.’s.

Fagen Friedman & Fulfrost LLP, an education law firm, has an immediate opening for an entry to mid-l...

Fagen Friedman & Fulfrost LLP, an education law firm, has an immediate opening for a Lateral Associa...

Fagen Friedman & Fulfrost LLP, an education law firm, has an immediate opening for a Special Educati...