Got a tip?
Home » Breaking News » Shooting at California Immigration Office Kills One 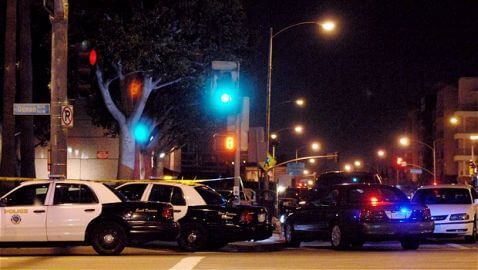 Killed during the shooting was Ezequiel Garcia, 45, another federal agent. By Friday morning, the building was secure and was allowing the public back inside.

On Friday, the leader of the Immigration and Customs Enforcement agency arrived on scene of a shooting that took place on Thursday night at a California federal immigration office. The shooting was between federal immigration agents who were arguing. One agent was killed while another was injured in the dispute. The shooting occurred during a counseling session that dealt with job performance, according to federal authorities. The director, John Morton, arrived in Long Beach on Friday.


“The situation began … as an incidence of workplace violence involving two federal agents in their office space,” said Steven Martinez, assistant director of the Los Angeles FBI office. “When the incident escalated, one agent fired several rounds at the other agent, wounding him.”

Martinez said that a third worker got involved in the incident, firing at the shooter, killing the shooter. In stable condition is 51-year-old Kevin Kozak. He is a deputy special agent in Los Angeles. He suffered a couple of different injuries and was still receiving treatment on Friday.

“At this time, we believe this is an isolated incident and we believe the shooter was acting alone,” Martinez said.