Got a tip?
Home » Celebrity News » Charges that Lance Armstrong Doped his Performance are Dropped 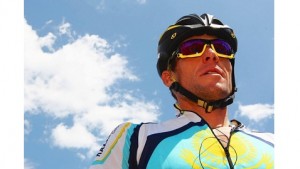 The dope charges against cyclist champion Lance Armstrong have been dropped. The US justice department has for two years been investigating whether the seven-time Tour de France winner and his fellow American competitors used performance enhancing drugs in their competition. Such dope use would not be a federal crime, but misusing funding from the US Postal Service would be. Now that they are dropping the charges, Armstrong feels “gratified”:

“It is the right decision and I commend them for reaching it. I look forward to continuing my life as a father, a competitor and an advocate in the fight against cancer without this distraction.”

Armstrong has consistently and categorically denied drug use, and as history’s most tested athlete — over 500 times in his 20-year career — he has never once failed a test.


After being diagnosed in 1996 with testicular cancer, which had spread to his brain and lungs, Lance became an international hero when he recovered and went on to win the Tour de France consistently each year from 1999 to 2005, two times more than the previous record of five wins.

Such success may have inspired envious accusations against Armstrong. Johnny Weltz, the sporting director of the American team which competed with Armstrong in 1995 said “The people who [made] these charges, they wanted to be Lance and didn’t manage it. So OK you can hit him in another way. These aren’t the right people to judge. For us and cycling, it was best that it was a federal investigation. They had no knowledge up front and no past in the sport. I think most justice happens this way.”

The sport, which once lacked such drug regulations, has lately banned the use of performance enhancing drugs, such as the blood thickener erythropoietin. Around the 1950s, bike riders could even use amphetamines, cocaine and heroin.


Those who are specifically accusing Armstrong of drug use include Tyler Hamilton, a fellow cyclist who himself lost his title after failing drug tests twice. In a “60 minutes” interview, he claimed Armstrong used EPO in the 1999 Tour de France and again in the 2000 and 2001 tours.

“I saw EPO [erythropoietin] in his refrigerator. I saw him inject it more than one time like was all did, like I did many, many times.” Hamilton also said, “Armstrong took what we all took — the majority of the peloton took. There was EPO, testosterone, blood transfusions.”


Armstrong’s lawyer retorted that “Hamilton is actively seeking to make money by writing a book. He has completely changed the story he always told before so he could get himself with publishers. Greed and hunger for publicity cannot change the facts: Lance Armstrong is the most tested athlete in the history of sports: He has passed nearly 500 tests over 20 years of competition.”

Though they did not specify why they dropped the case, Justice Department prosecutors probably dropped the case for lack of evidence. Other than the accusations of a few other cyclists, there was no incontrovertible evidence to justify the expense of the case.