Got a tip?
Home » Home » Lindsay Lohan Cleans up Her Act 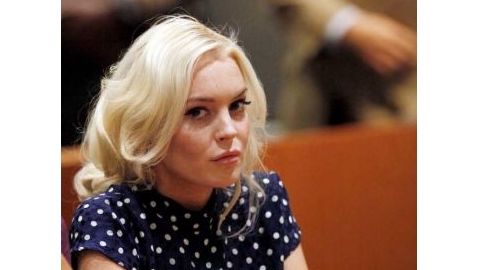 Actress and model Lindsay Lohan is finally complying with the terms of her probation. She was full of smiles when Los Angeles County Judge Stephanie Sautner said “She’s done it all on schedule,” and “Just keep doing what you’re doing, you appear to be doing it well.”

It wasn’t always this way. Lohan’s court troubles began in 2007 when she was convicted of a DUI, followed by her continual failure to comply with the terms of her probation, culminating in 2011 when she plead guilty to stealing a $2,500 necklace from a Venice, California jewelry store.


The 25 year old actress has made more appearances in court than in the movies since her personal life fell into the media’s attention. Ignoring the terms of her original probation by missing workdays at the Downtown Women’s Center and cancelling her psychotherapy appointments, she became used to receiving threats and punishments from the judge in charge of her case. After the two drunken driving convictions of 2007, her decision to avoid alcohol and drug tests condemned her in the eyes of the law and the public.

Not that Lohan avoided any close calls. The terms of her latest probation mandated that she complete 30 days of community service working as a janitor at a morgue, where, though she is regarded by the staff as a model employee, she barely squeezed in her time on the Friday and Saturday before her appointment before the judge.

Though she missed 12 of the 20 workdays at the Downtown Women’s Center, as she was mandated to attend in May, and though she cancelled 14 of the 19 scheduled appointments for court-ordered psychotherapy, Lohan seems to be taking seriously the threat of spending 270 days in jail. This time she completed all 12 of her morgue visits and all four of her psychotherapy sessions.


“Miss Lohan, you have actually done your work,” said Sautner in December, “You are doing well and I would like to see it continue.” And so she has. As Lohan’s publicist, Steve Honig, wrote in an email after her hearing, “She will continue to make the completion of her community service a top priority.” And a good thing too! Her career is starting to tip back up, beginning with a successful appearance as the cover of Playboy in 2011 — (her spread evoked a Marylyn Monroe theme with red drapes and shocking blonde hair).

She will not have to repeat her punishment for violating her previous failure to honor the terms of her probation, though the 30-day jail sentence amounted to little more than a few hours behind bars, to due to the overcrowding of Los Angeles County jails. What a sigh of relief for Lohan, and no wonder she was so smiley at her hearing, for the five years of the law’s scrutiny over her life will soon be over. Her final hearing will be on March 29. If she has finished the 17 remaining morgue visits, and the 6 therapy classes, she will be a free woman. If she acts out of line, she could get 270 days behind bars.