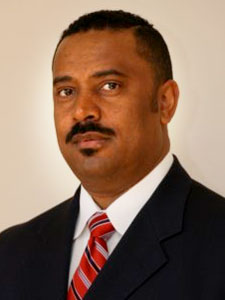 Mayor Lorenzo Langford of Atlantic City, New Jersey, has announced that two days after taking office in November, he fired all six municipal attorneys, then rehired two of them, apparently saving the resort city $296,520.

But Langford has introduced to the City Council for approval six contracts for private law firms, totaling more than $500,000, to replace the work done the four fired municipal attorneys.

The contracts far outweigh the costs of city-employed attorneys and are part of the administration’s new strategy to outsource legal cases to private firms. The list of contracts includes some hefty contributors to Langford’s 2008 campaign.


Can somebody get this guy Blago’s number?

The firm of Decotiis, Fitzpatrick, Cole and Wisler, based in Teaneck, was recommended for a $150,000 contract. The firm gave $15,000 to Langford’s general election campaign through a PAC then run by Langford’s sister, Cheryl Banks.

The Philadelphia-based firm of Stradley, Ronon, Stevens and Young, also up for a $150,000 contract, contributed $30,000 through the same PAC for Langford’s primary race. According to state documents, leadership of the PAC was recently shifted from Banks to Rita Weber, wife of an attorney with the Stradley firm.


The City Council tabled a vote on the contracts after a councilperson raised questions about whether local firms were considered for the work first. It remains unclear if the mayor has enough votes to get the deals passed.

Via The Press of Atlantic City

Naperville firm looking for an experienced paralegal who likes to be busy (very busy) all the time, ...

Associate Attorney Family Law -- Must have 1 plus years experience