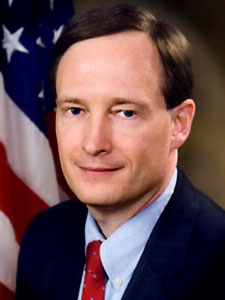 Thomas Barnett, former head of the Justice Department’s antitrust division, will return to Covington & Burling next week to head its global anti-trust and competition practice.

Barnett first joined Covington in 1990. He spent 14 years at the firm, rising to become one of several vice chairs in its antitrust group.

Under Barnett’s watch, the antitrust division secured more than $2 billion in criminal fines against 50 corporations and 91 individuals. That includes one of the largest antitrust settlements in US history, when Barnett’s division extracted $504 million from four international airlines to settle air cargo price-fixing charges.

Washington, DC’s Covington had gross revenues of $467 million and profits per equity partner of $1.175 million in 2007.