Got a tip?
Home » Home » Rosenbaum to Take Over at Greenberg Traurig

Miami’s Greenberg Traurig has announced that CEO Cesar Alvarez will hand over the reins to President Richard A. Rosenbaum next year, after 12 years as head honcho of the 1,800-plus attorney firm. 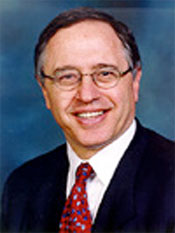 Rosenbaum, 54, works in Greenberg Traurig’s New York office. He joined the firm in Fort Lauderdale in 1985 before moving to New York in 1996. He remains a member of the Florida Bar.


From New York, Rosenbaum has overseen about half of the firm’s offices in the United States, as well as offices in Europe and Asia.


Chairman Larry J. Hoffman and president Matthew Gorson will remain in their roles.

At the time Alvarez became CEO, Greenberg Traurig said he was the first Hispanic managing partner of a major US law firm.