Got a tip?
Home » Home » Lawyer Forgot She Was Suspended, Argued Before CA Supreme Court 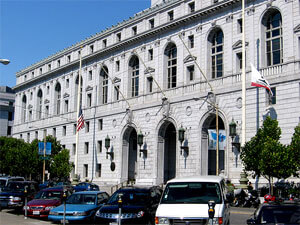 The California Supreme Court has removed Cynthia Thomas from the death penalty case of Charles Moore, and referred her to the State Bar for disciplinary proceedings. The court says Thomas argued Moore’s case before the Court on December 2nd while ineligible to practice law.

Thomas says she “failed to realize” she hadn’t been fully reinstated to the Bar, after being suspended in 2007 for not advising a client of his legal options in a separate criminal case. Although she had fulfilled the one-month suspension in that case, she hadn’t passed the State Bar’s ethics examination, which is a requirement for permanent reinstatement.

A graduate of the UC Davis School of Law, Thomas told the Supreme Court she had failed the ethics exam in August. She took the test again in November, but was not notified she had failed again until December 6th, four days after the oral argument.


“I do not believe that my suspension at the time of oral argument,” she said, “resulted in any actual compromise in the quality of representation afforded Mr. Moore.”

The high court disagreed, and has terminated Thomas’ representation.

Moore was sentenced to death on April 11, 1984, for the brutal stabbing deaths of Robert and Marie Crumb in their Long Beach apartment in 1977.