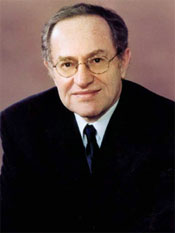 Police evacuated about 250 people from the Journal’s Manhattan newsroom and executive offices today after about a dozen envelopes were found. FBI spokesman James Margolin says five employees were decontaminated as a precaution.

A newspaper spokeswoman said the New York mail was addressed to several executives. The postmark was Knoxville, Tennessee, but each letter had a different return address.


The FBI in Knoxville said another letter with powder was received at Harvard Law School, addressed to political commentator Alan Dershowitz. He recently published an opinion piece in the Journal defending Israel’s actions in Gaza. It wasn’t immediately clear if Dershowitz was at Harvard when the letter arrived.

Harvard Law sent a message to students and staff:

Earlier today, a letter delivered to an office on the Fifth floor of Hauser Hall was opened by a faculty assistant and was found to contain some white powder. The university police and the Cambridge police department were notified and responded to the scene immediately, along with the Cambridge Fire Department and the university’s Environmental Health & Safety team….


While testing has yet to be completed, the authorities have concluded and informed the law school, based on the investigation thus far, that they do not believe that an evacuation of Hauser Hall is warranted….

Any students and staff presently in Hauser should feel free to leave if they so choose. Classes scheduled in Hauser later today or this evening, are being rescheduled, and any affected individuals or groups should contact the office of the Registrar for further information regarding new locations for those activities.

Via AP and ATL.