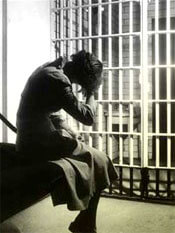 The former business manager and secretary for Madison, Wisconsin lawyer Randall Skiles has been charged with embezzling at least $57,000 from early 2007 until she was caught in September 2008.

Krystyne M. Miller, 37, of Tomah, admitted to Monona Police that she began writing checks to herself out of Skiles’ office account, and eventually increased both the amounts and frequency of individual embezzlements.

Miller admitted to taking $57,867, the criminal complaint says. Miller was charged with five counts of felony theft, each carrying a maximum fine of $25,000 and a maximum combined term of prison and extended supervision of 10 years.


At least some of the stolen money came from Skiles’ lawyer trust account, an account that must be maintained for the benefit of clients under strict rules laid down by the state Supreme Court and regulated by the Office of Lawyer Regulation. Skiles has to immediately repay that money.

The thefts were discovered in September 2008 after Skiles had an accountant prepare his taxes.

Miller told detectives that she began stealing money from the firm when she was having financial troubles taking care of her elderly parents and dealing with a divorce. She said she used some of the money to pay outstanding bills, and spent other money gambling at casinos.