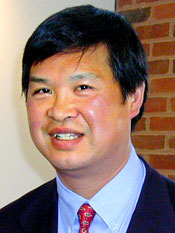 A federal judge, citing excessive hours and unreasonably high rates, ordered a 20% reduction in fees for a law firm helping to protect the assets of investment company WexTrust Capital.

Given a long-established principle that lawyers working in receivership situations should be awarded moderate fees, “the request for fees of $2,147,666 for 20 days of work is excessive,” said US District Judge Denny Chin in Manhattan.

Lawyers, paralegals and staff at New York’s Dewey & LeBoeuf logged over 5,500 hours on the WexTrust case, or more than 275 hours a day.


Chin determined that the law firm should receive $1.7 million for the work performed between August 11th and 31st. Dewey & LeBoeuf may apply for the difference between what it sought and what he awarded when the final distribution of WexTrust assets is made.

The law firm’s request was part of a joint application for compensation by Timothy Coleman, the court-appointed receiver for WexTrust and a partner at Dewey & LeBoeuf.

Chin approved the full amount of Coleman’s request for $57,300 in receiver’s fees. Coleman’s hourly rate had been cut to $250 specifically for the WexTrust case, from his standard rate of $850 to $950. The judge also approved a request of $66,640 in fees for the accounting and advisory firm Deloitte Financial Advisory Services.


Chicago-based WexTrust and two of its owners, Joseph Shereshevsky and Steven Byers, were charged by the SEC with defrauding investors by diverting $100 million of funds to unauthorized uses. Afterward, the court froze the defendants’ assets and appointed Coleman as WexTrust’s receiver.