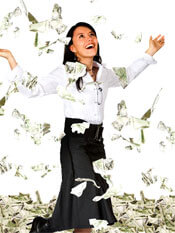 Sidley Austin lawyers are asking as much as $1,100 an hour for bankruptcy work on Tribune Company, surpassing the rates charged by Weil, Gotshal & Manges in the Lehman Brothers case.


“That’s the highest hourly rate I have seen or heard of for a bankruptcy lawyer,” said Lynn LoPucki, professor of bankruptcy law at the University of California Los Angeles.

Weil Gotshal partners charge $650 to $950 an hour on Lehman, which filed the biggest bankruptcy in history September 15th with $613 billion in debt.

In the year before its bankruptcy, Tribune paid Sidley almost $3 million in fees, plus $52,000 in expenses for restructuring work and preparation of filings. Those sums were taken out of advance retainers of $4.5 million.